Sadly, as we all stay home to keep safe from the coronavirus, we can’t pick up free museum passes from the library. BUT we can still visit some wonderful museums. Click on the pictures to find all the digital activities. 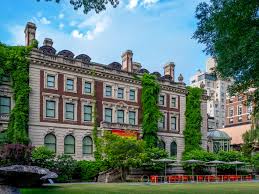 No, the Botanical Garden doesn’t offer library passes! But, during this difficult time, they do have many online resources that you and your family may enjoy. Click on the picture of the flowers to get started!

Visit the MOMA’s online magazine at the link below for a few fun activities!

As of March 31, the Bruce is also offering digital tours and many online activities for families! 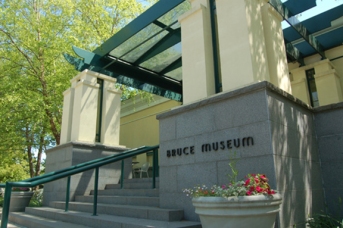 I hope these links will help you in the coming days, and we look forward to welcoming you back to the library. If you know of any other museums offering online activities, please comment!

Hello! We miss our patrons, and we’re working on ways to reach out to you at home. So are some of our presenters. Here are a couple of free teleseminars about the Gokhale method. Hopefully we’ll still be able to hold our posture workshop in mid-April, but, if not, these teleseminars might be a good intro.

Other sessions are being offered as well. Check their website for other times on those days.

And, as I write, Angela and Stephanie are doing a terrific online story time. This is something they will be doing regularly as the library is closed. You can find them on our FaceBook page, here.

And my writing group will be meeting long-distance, also on Monday, March 23. The time is 6:30 and it will probably be a telephone conference, possibly with a YouTube component as well. If you’d like to participate, please give me your info in the comments section.

Watch this space! Depending on how things go, Professor Val Franco may be able to put up some video from her art history class here. I may also have a video or two for writing club. We look forward to seeing you in person when the library opens back up.

The Frick museum is closed to the public, however they have posted a virtual tour of the museum for all to enjoy!

In the summer of 1952, filming began on what would be considered one of Fox’s most controversial masterpieces: Henry Hathaway’s Niagara.  The film would be the first film-noir ever to be shot in Technicolor and a ticket to instant fame for a then unknown starlet and now Hollywood Icon: Marilyn Monroe.

Above: A controversial promotional poster for the 1953 Fox masterpiece Niagara.

Niagara, like any other film produced by Fox would not be complete until equipped with the finest actors, actress and wardrobe the studio had to offer. Alongside Monroe, the cast featured fellow Hollywood legends Jean Peters, Joseph Cotton, and Max Showalter. Sets and props were built and arranged by some of the studio’s finest set constructors. In the costume department, Fox sought out the incomparable talents of famed costume designer Dorothy Jeakins, whose unparalleled creations flattered Monroe’s famed figure. Unfortunately, Jeakins’ creations failed to flatter the dreaded Hayes Code censors. Therefore, many of the original design concepts intended to be featured in the film were either axed, altered, or reused altogether for some of Fox’s later projects.

An example of Jeakins’ work that comes to mind is this red linen halter top dress featured below. The intention of using the dress for the film was definite, but for which scene still remains a complete mystery. The dress was dubbed “too revealing”, by the Hayes Code enforcers and therefore was demoted for strict use in photo-shoots sanctioned by Fox to help promote the film:

Above: Monroe posing in the infamous red halter top dress in a promotional photo-shoot for the film Niagara.

Above: Jeakins’ costume sketch for the red halter top dress (Top). Monroe donning the finished masterpiece at a costume test for the film. On the chalkboard (lower left), reads the words “to be spotted,” meaning that the actual scene the dress would be worn in was yet to be decided.

In 1959, when the ban from the Hayes Code was lifted, just six years after the filming of Niagara had ceased, the dress found further use on fellow blonde bombshell Barbara Nichols, who wore the dress in another controversial film by Fox: Woman Obsessed, featuring performances by Susan Hayward, Stephen Boyd and Dennis Holmes.

Above: Barbara Nichols alongside Susan Hayward and Stephen Boyd in promotional photo for the 1959 controversial Fox film: Woman Obsessed.

Above: How the dress appears today. As you can see, the dress was either cut or hemmed at the bottom (perhaps for Nichols’ use or the use of a film extra). The dress last sold at an online auction for an incredible $89,600.

In 1958, a year before the release of Woman Obsessed, Fox brought out the dress again to be used on an extra for a party sequence in the film In Love and War.

Above: An extra (upper left), wearing the red halter top dress for yet another Fox production.

Film fans, can you guess what actress wore the yellow dress (center), prior to its reuse in this film? Stay tuned for next week’s edition of How Hollywood Recycles.

Today there is much online information available on health and medical conditions, but is the information from a trusted source? Since 1998, MedlinePlus is such a source which is available anywhere, anytime, and for free—with no advertisements!

MedlinePlus is an online health information resource for patients, their families and their friends. It is a service provided by the National Library of Medicine (NLM), the world’s largest medical library and a part of the prestigious National Institutes of Health (NIH). Information is provided in both English and Spanish. The information is free, comprehensive, and links to a worldwide array of other resources (e.g. support groups, videos, clinical trials).

The web site includes Health Topics, Medical Tests, a Medical Encyclopedia, Drugs & Supplements, Healthy Recipes, and much much more. All is kept current, and one can sign up to get updates. Links are included to Clinicaltrials.gov, journal articles, and how to find an expert.

This resource could be the first place you go after you speak to your doctor…maybe the last, too, for follow up. Take a minute and follow the link to check out the page yourself.

Here (below) is an example of some of the information on the coronavirus:

Some of us celebrate and some of us don’t, but it’s always good, in the middle of this chilly, rainy winter, to get some chocolate, roses, and popcorn and watch a feel-good movie. Here are some my colleagues have put on display for the holiday.

Who inspired young Will Shakespeare to write some of his greatest romances, including Twelfth Night? A beautifully cast and acted historical romance.

Love, Simon is also based on literature– in this case, the hit YA novel, Simon vs the Homo Sapiens Agenda. Simon’s a typical teenage boy trying to negotiate high school friendships. He’s also gay. This is a warm romantic comedy with a twist. 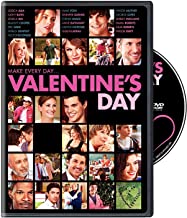 Valentine’s Day shows us how a group of Los Angeles residents celebrate the day–or how they fail to celebrate it!

Finally, a touching and inspirational real-life love story. Richard and Mildred Loving were a working-class couple from small-town Virginia. They loved each other deeply, married, and had three children. But interracial marriage was illegal in the state of Virginia. The couple had to go to court to defend their marriage.

These are just a few of the wonderful films my colleagues shared. Why not come into the library and check out our displays? You might find something to take home for the weekend!